A look under the hood - the EclecticIQ Fusion Center data model

So, we’ve discussed the importance of implementing a Threat Intelligence Platform into your Security Operations Center (SOC) to support your daily Cyber Threat Intelligence (CTI) practice. And we’ve shared our method of reviewing disparate intelligence feeds to make sure they all align with your own Structured Threat Information Expression (STIX) data model, or what we call Source Crafting. But how do you determine what you want your organization’s data model to look like?

This is why we at the EclecticIQ Fusion Center have decided to adhere to an agreed-upon data model if we are to scale across a breadth of feeds but retain sufficient depth of data for our intelligence to be usable.

The two data models are designed to be semantically equivalent in order to allow conversion of STIX 1.2 to STIX 2.1 according to the following translation table (note that the only difference is the inability to relate 1.2 Course of Action (CoA) entities to the full range of other entities, as is possible in 2.1): 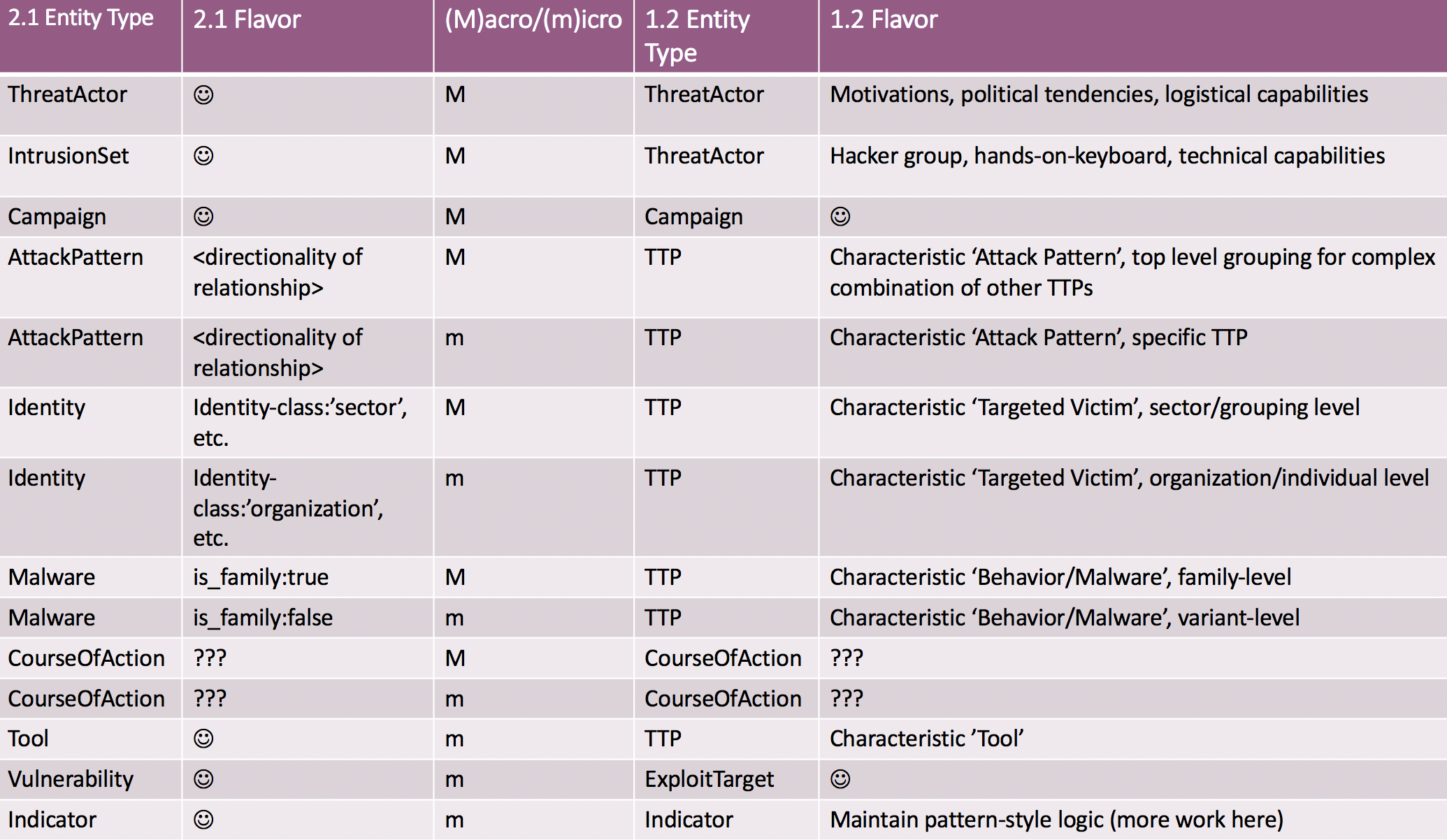 Some of the general principles that we adhere to:

Below are some sample use cases of applying the data model and using appropriate naming conventions:

Minimizing the room for interpretation in data sets is key for reliable CTI analysis. Especially, when working across multiple intelligence feeds, you want a data structure in place that prevents this major analyst headache. By adopting a data model such as the one outlined above, your organization can begin to ingest as well as produce consistent, usable, structured intelligence data. In a future blog post we will go into additional mitigation strategies that will help to reduce ambiguity, such as the opinion object in STIX 2.0.

We hope you enjoyed this post. Subscribe for more interesting reads on Cyber Threat Intelligence or check out our resource section for whitepapers, threat analysis reports and more.